The DuraTran MDT is a ruggedized MDT designed to replace the consumer grade Android tablets that are widely used by commercial fleets for ELD and dispatch applications. DuraTran provides superior performance and reliability than consumer tablets, while reducing the total cost of ownership. Eliminate bloatware, excess data consumption , battery charging issues and mounting hassles with a puposebuilt device. 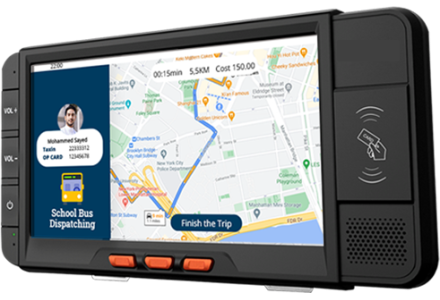 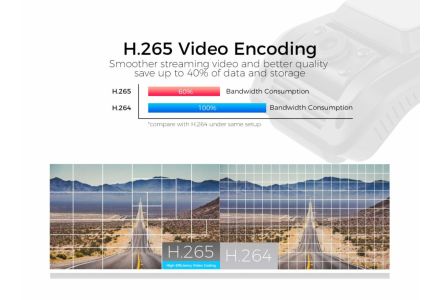 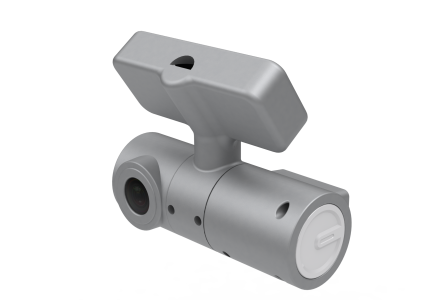 Designed for Constant Use in a Vehicle

DuraTran, from parent company FQ Wireless, is a rugged android MDT, designed to replace consumer grade devices, such as Samsung tablets.  With integrated GPS, Wi-Fi, 4G and Bletooth, DuraTran II is suitable for a wide range of applications including taxi dispatch, towing dispatch, ambulance and paratransit dispatch. DuraTran is also suitable for ELD applications. Often, commercial businesses use consumer grade tablets for these types of applications, thinking that they provide a lower operating cost than a purposebuilt device. However, total cost of ownership over 5 years is actually lower with DuraTran II, due to its greater longevity, reduced turnover and lower montly data costs. In addition, DuraTran reduces concerns of tablet theft and simplifies the mounting considerations and costs often associated with consumer tablets.

Equipping your commercial vehicles with DuraTran also eliminates concerns about drivers turning off their consumer tablets while working, as DuraTran will automatically power up when the vehicle ignition is turned on. At the same time, it eliminates concerns with reduced battery life and wasted data consumption caused by drivers forgetting to power down their consumer grade tablet when going off shift, leaving the tablet running all night. DuraTran powers down xx minutes (adjustable) after ignition off.

Consumer tablets are often used in dispatch and ELD applications, running off their integrated batteries, yet they are never actually used out of the vehicle. Take a typical taxi or non-emergency medical fleet as an example. The tablet is mounted in the vehicle and permanently connected to the vehicle power, often by a cigarette lighter plug. Therefore, the tablet is running off the tablet’s integrated battery, which remains under constant charge. This constant charge increases wear and reduces battery life, thereby shortening its lifecycle and increasing long-term costs. The cigarette lighter power source is a constant irritation and an unreliable source of power, as it often gets borrowed by the driver for his personal devices. The tablet is never used away from the vehicle, so the whole concept is misguided. DuraTran II runs strictly off vehicle power and directly wired to the vehicle. It doesn’t even contain a battery, thereby increasing reliability and reducing costs.

Is A Rugged Android MDT Worth The Expense?

Fleets that require android devices to be used in their vehicles have the choice between using an off the shelf consumer grade tablet, such as a Samsung Tab E or Tab A, or using a purposebuilt android MDT. (Mobile Data Terminal) If the tablets are often used when the driver is out of the vehicle, then a consumer device, such as a Samsung tab can make sense due to its integrated battery. On the other hand, if the tablets are only used when the driver is in the vehicle, such as is most often the case in taxi, non-emergency medical, paratransit, towing, ready-mix and ELD applications, then there are several merits to choosing a purpose-built device:

The truth is that the vast majority of fleets are using consumer grade tablets these days. Its just so easy to buy them at a discount price from your local cellular carrier or Best Buy store. However, its also true that they are not as cheap or as convenient as they might appear at first glance. In addition to being plagued by theft and battery charging hassles, they are expensive to mount and often involve long term, expensive airtime contracts. The DuraTran rugged android MDT will outlast 2 or 3 consumer tablets, while out-performing them. Combining the hardware savings over time with lower ongoing airtime costs gives DuraTran the edge on cost of ownership. Book a quick call with the link below to review your application and get a side by side cost comparison.

Schedule a Quick Call to Review Your Needs Now!